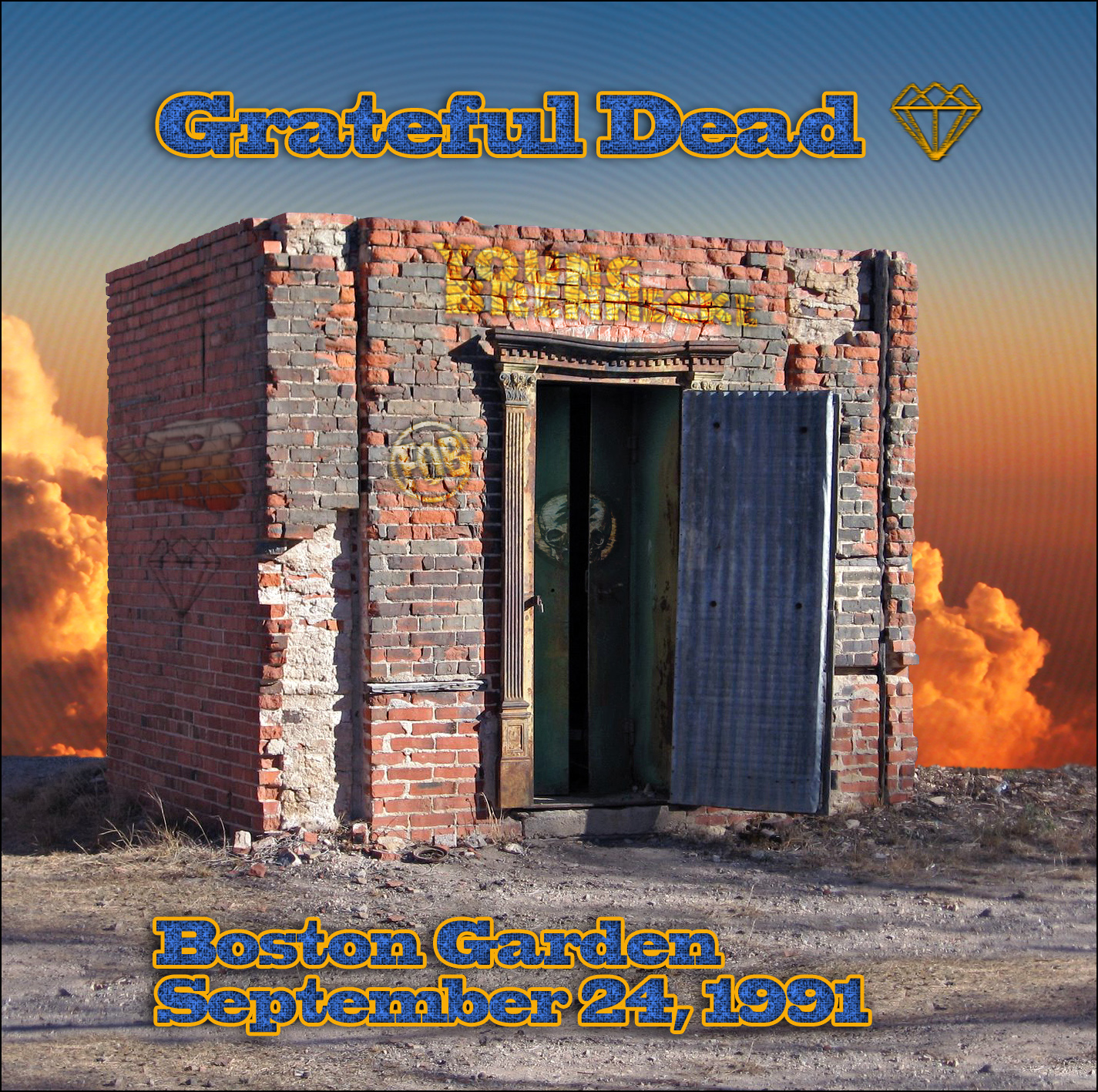 Let The Good Times Roll, Feel Like A Stranger, Althea, It's All Over Now, High Time, Beat It On Down The Line, Big Railroad Blues, Desolation Row, New Speedway Boogie

China Cat Sunflower-> I Know You Rider, Women Are Smarter, Ship of Fools, Dark Star-> Drums-> Jam-> Foolish Heart-> I Need A Miracle-> Standing On the Moon-> Around & Around, E: The Weight

May 2008 ... we are in progress with The James Young and Clay Brennecke FOB Vault Transfer Project. We have all the Master DATs and are hard at work transferring, editing and soon to be releasing the shows Clay & James recorded from 1991 through 1994. James and Clay began recording with B&K 4011 microphones and a Sony Pro DAT in the Spring of 1991. Summer 1991 mainly saw recordings from the Front Row Dead Center of the Official Taper Section (OTS). June 28, 1991 was their first FOB Recording. And starting with Fall 1991, all of their recordings were All FOB All The Time! Early they recorded with the B&K 4011 Cardiod Mics in the ORTF pattern into a Modified Sony Pro DAT Deck. In 1993, James traded in the B&K's for the AMS ST-250 Soundfield Mic and recorded in the Blumlein pattern into the modified Sony Pro DAT Deck. We are starting at the beginning and working our way to the end of this vault. Spring 1991 through 1994. We have added artwork for CD's and included an m3u playlist for import into your choice of PC/MAC media player ... and if your player supports FLAC, all you have to do is place the folder where you plan to store the files and import the playlist - tracks, tagged and with art are ready for you. We hope you enjoy their body of recording work. ------- Todd & Jamie - Project GEMS.

This darkness has got to lift...

Excellent recording of mediocre Boston Garden acoustics which start off overdriven and gradually accentuate. Fortunately, it quickly gets better as it goes and as the the first set winds down with my favorite version of New Speedway Boogie -- a song Jerry just did not like to sing -- (when they came out with it in late 69, early 70 on Workingman's). This song was Robert Hunter's supposed mockup of the free Rolling Stones Concert at Altamont,CA, Saturday, December 6, 1969.

The Dead were suppose to play that day -- after the Stones -- but they cancelled out of the concert sometime in the late afternoon due to onstage violence coupled with the fact that Bill Wyman, bassist in the Stones, went "shopping" in the Haight and got hung up in severe traffic later that day trying to get out of SF and fifty miles east... and, subsequently, gave up and had to be helicoptered into the venue. That's why the Stones started late.

Nun The Less, all in all, this is a fabulous recording, remastering and re-presenting on a well-played show.

Uploaded by Matthew Vernon on September 20, 2009